This deeply sweet, honey processed coffee from the northern Chalatenango Mountains is one of our favorite annual offerings. Finca Santa Rosa is owned by our good friend, Jorge Rivera, whom we have been working with for six years. Concord grape is the most forward note in the cup & starts the journey of this complex flavor profile.

Season after season, the coffees we purchase from Jorge Raul Rivera tend to be some of our top lots of the year. Raul has a razor-sharp attention to detail, which is what it takes to produce award-winning coffees so consistently. That focus extends far beyond just processing and drying. Each season, we cup offerings from Santa Rosa that are separated down ‘day lots.’ We cup through these individual pickings to build a profile that we believe best reflects the terroir and processing of Santa Rosa. This season we cupped these selections at Raul’s lab in San Salvador, with stunning views of the city. Shortly after we made our selections, Raul went on to take second place in the Cup of Excellence. Each season has its unique challenges, and it has been this way since we began to work with Jorge Raul Rivera. The one thing that has been consistent since we first met him at a Roasters Guild retreat nearly six years ago is Jorge’s willingness to work extremely hard with the highest level of hospitality, which is evident in the quality of his coffee and his relationships. Since our first visit to Santa Rosa where he showed us around his favorite spots in El Salvador, to the season when we could only communicate via WhatsApp, his attention to detail and penchant for quality is what shines the brightest.

HISTORY OF SANTA ROSA & EL SALVADOR CIVIL WAR
Finca Santa Rosa was purchased in 1979 by Jorge Rivera’s father. Initially, he invested in the land for forestry by planting walnut, white oak, and other hardwood trees. The following year a coordinated guerrilla based revolutionary war started, and El Salvador experienced a 12-year civil war. The Chalatenago area was largely affected, and neither Jorge or his father were able to visit the farm then. Fast forward to the late 90’s and Jorge’s father, now back at Santa Rosa, saw an opportunity to plant coffee amongst the trees. At the time, intercropping and shade growing were unheard of as it slowed coffee growth and affected the yield. The benefits, though, can add to the cup profile and are very sustainable.

Jorge went to agriculture school in Honduras and then to LSU here in the states. He went back to El Salvador and took over the coffee farm refining the fermentation techniques, fertilizers, and varieties. His Pacamaras took 5th place in the 2011 Cup of Excellence. Seeing the progress created, they became even more scientific and in 2014 won 1st place in the Cup of Excellence (COE). What’s even more impressive is that although he won, Jorge did not rest on his laurels, he doubled down on investing in the farm and again won 1st place this year at El Salvador's COE. We happily bought a majority of his crop this year, and we are incredibly excited to share these beautiful coffees with you.

HONEY PROCESSED COFFEE
Honey processed coffees are tricky. Oftentimes the result of this process ends up being the same as if they were washed, but other times they end up much worse. The process begins much like washed coffee, where the cherries are depulped, but then the process is halted. Instead of sending the seeds to the fermentation tanks where yeast and microbes break down the sticky mucilage, the honey processed coffee is sent straight to the drying bed, where they’re pop dried with the mucilage left on. This leaves some of the fruit left partially on, ideally imparting some sucrose and fructose as it continues to ferment (slowly, in this case). Honey process gets its name from the sticky fruit left on the outside of the seed, but it is easier to think about when it’s referred to as a ‘pulped natural,’ or even ‘partially washed.’ Differing levels of fermentation and even the type of depulper used to strip the cherry from the seed can influence the color of the dried coffee. As the process's popularity has spread, new names for the levels of processing have spread with it. You will see the levels generally follow the trend from white honey, all the way to black honey.

White honey usually follows the trend that most of the mucilage is removed, followed by a light and short fermentation with rigorous movement during drying. This exposes most of the parchment on the seed, which is a yellow to white color.

Red honey has much of the seeds mucilage left on, with just the thin cherries skin removed during depulp. Heavily laden drying beds or patios become difficult to turn with the large mass of sticky fruit and seeds, which creates the perfect conditions for slow oxidation and lots of microbial activity. All this activity, combined with the fruit left on the outside of the seed, turns the dried parchment a rusty red color.

Black honeys are considered the most ‘fermented’ of the honey process. This is when the terroir of the coffee takes a bit of a backseat, as the sugars from the fruit ferment and impart a winey flavor and heavier texture to the cup. Black honey coffees are seldom moved on the drying patios or beds, where they are fermented for extended periods of time. During this slow fermentation, the mucilage goes through all the phases listed above, before it transitions from a rusty red to a red-black color. 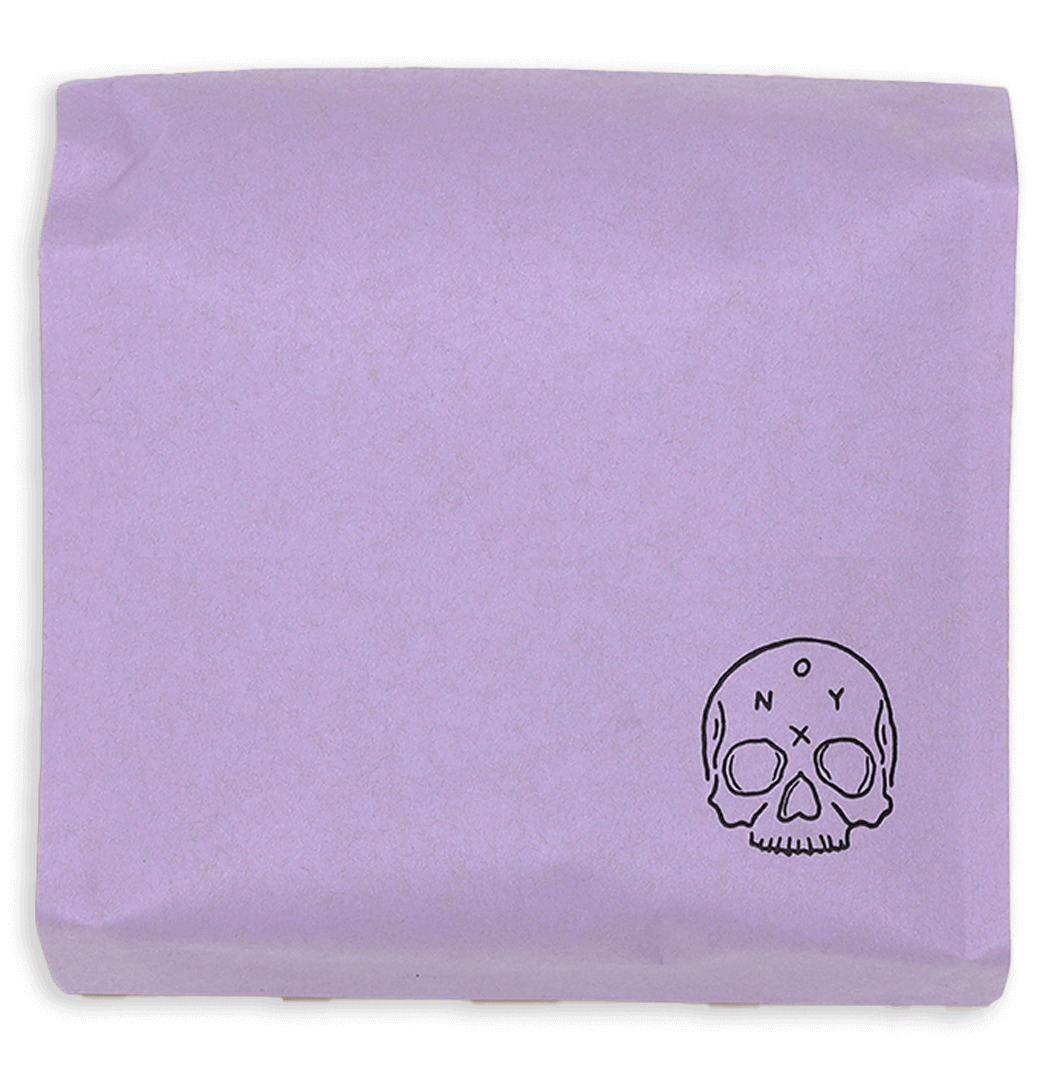