Suggested for espresso and filter

Huabal is a district within the Jaén province of Cajamarca. This coffee-producing area is well known for the high quality of the coffee grown here. At the same time, due to very poor infrastructure, many local producers lack the resources and knowledge necessary to fully realise the potential of the coffee they cultivate. Altitudes in the area range from 1200 to 2100 masl, with the majority of farms located above 1800 masl. Huabal is made up of various villages, around which the coffee production is centered.
Many farmers in Huabal have been regenerating the soil by planting with Catimore variety, which has been promoted by the government and international buyers, and in some altitude ranges this practice has produced great results. Using the premiums that they are receiving for quality, more and more producers are re-planting Caturra, Bourbon and Catuai. These varieties can yield larger harvests and coffee of better quality with the right care and fertilisation. Since Huabal spans a couple of mountains, the climate conditions and soils can vary considerably, with some areas characterised by wet, humid conditions and red, African-like soils, and others - by dry and hot weather. The differences in climate and soil contribute to outstanding cup profiles and some very complex coffees.
The producer of this lot, Yoner, owns the small parcel of land high in the district of Huabal at 1700 masl, where he cultivates Caturra, Pache and Nacional. Nacional is the name sometimes used for Typica varietal in Peru, and it is rarely found in this region of Peru. There are some 4000 trees on the farm. 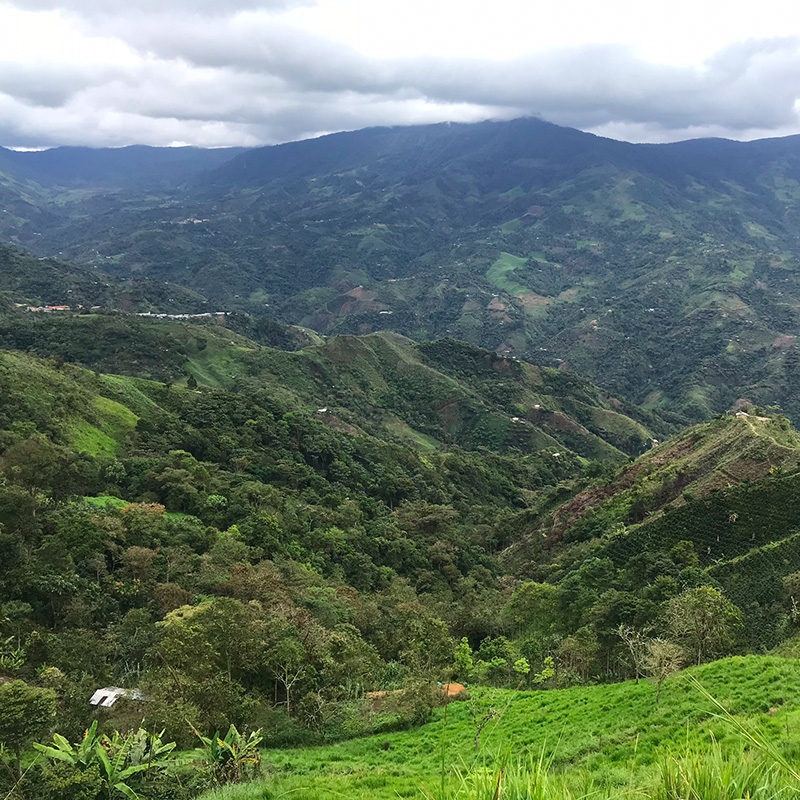 Caturra coffee varietal was developed by the Alcides Carvalho Coffee Center of the IAC, Instituto Agronomico of the Sao Paulo State in Brazil.
In 1937, IAC received seed samples of genetic material originated on the border of the states of Minas Gerais and Espírito Santo. The samples came from Red Caturra and yellow Caturra cultivars. These two cultivars originated by natural mutation of Bourbon Red, originally a tall coffee shrub, found in the Serra do Caparaó , which is now a mountainous National Park north east of the city of Rio de Janeiro.
This is the first naturally occurred coffee mutation found, with small size and high yield capacity. Red and Yellow Caturra are characterised by the cherries sitting close to each other on the coffee shrub. These varietals have excellent cup quality, because they are very close genetically to the Bourbon varietal. 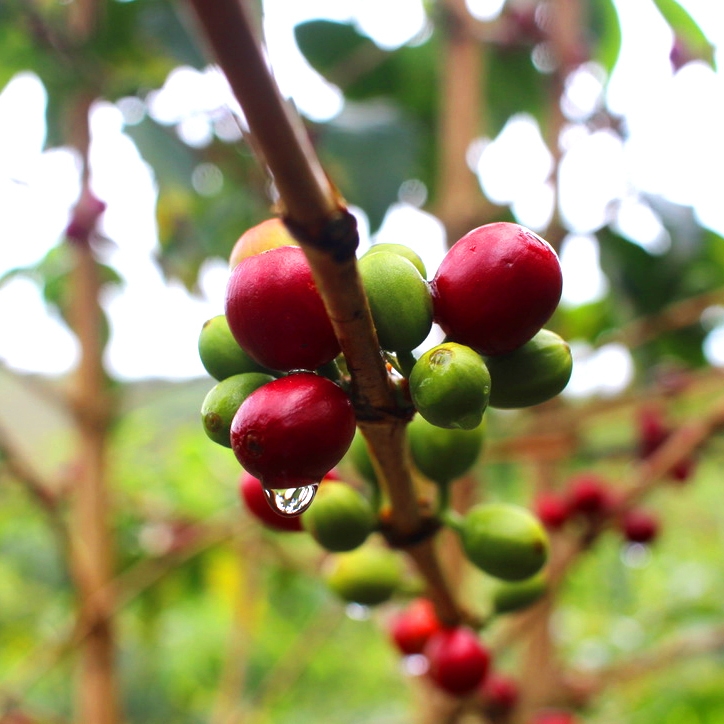 Washed coffees showcase solely the bean. They let you taste you what’s on the inside, not the outside. Washed coffees depend almost 100% on the bean having absorbed enough natural sugars and nutrients during its growing cycle. This means the varietal, soil, weather, ripeness, fermentation, washing, and drying are absolutely key.
Washed coffees reflect both the science of growing the perfect coffee bean and the fact that farmers are an integral part of crafting the taste of a coffee bean. When looking at washed coffees, it becomes apparent that the country of origin and environmental conditions play a vital role in adding to the flavour.

During wet processing, the pulp (i.e.the exocarp and a part of the mesocarp) is removed mechanically. The remaining mesocarp, called mucilage, sticks to the parchment and is also removed before drying. During this process, the sugars present in the mucilage are removed through natural fermentation or mechanical scrubbing. Mucilage is insoluble in water and clings to parchment too strongly to be removed by simple washing. Mucilage can be removed by fermentation followed by washing or by strong friction in machines called mucilage removers. Fermentation can be done by stacking the coffee outside or placing it under water and allowing nature to take its course. After the sugars are removed, the beans then can be taken through a secondary washing to remove any additional debris, or taken immediately to the beds for drying.

On the farm the coffee is fermented in concrete tanks overnight for 12 - 18 hours depending on the weather. After this the coffee is then washed and cleaned before being dried on plastic tarpaulin in the sun for 10 - 14 days.